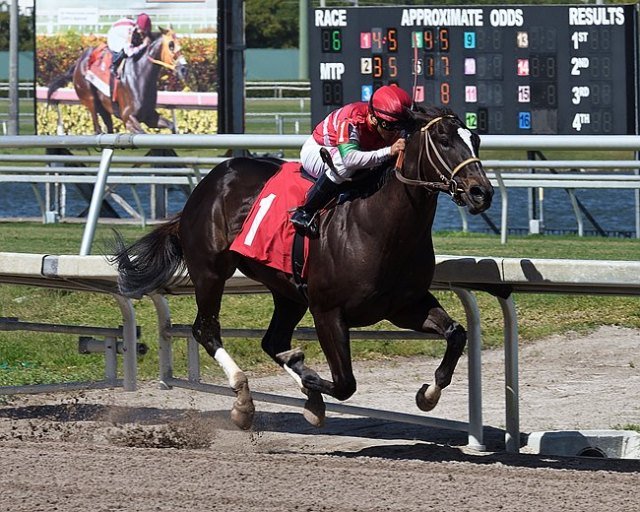 Trained by Ronald Spatz, Saint Michael posted an April 20 timed work, going four furlongs in :47.91 over the Gulfstream main track. The colt, bred by Jeannine Strauss McGinn in Florida, is out of the Saint Anddan mare Santa Lacera. Handsome Mike, campaigned by Reddam Racing and trained by Doug O’Neill, competed in nine grade 1 races from ages 2 to 4 but was unable to get a breakthrough win. As a 3-year-old, he earned his highest achievement in the Pennsylvania Derby (G2) at Parx Racing, and at 4 he won the Commonwealth Stakes (G3) at Keeneland, when the main track had an all-weather surface.